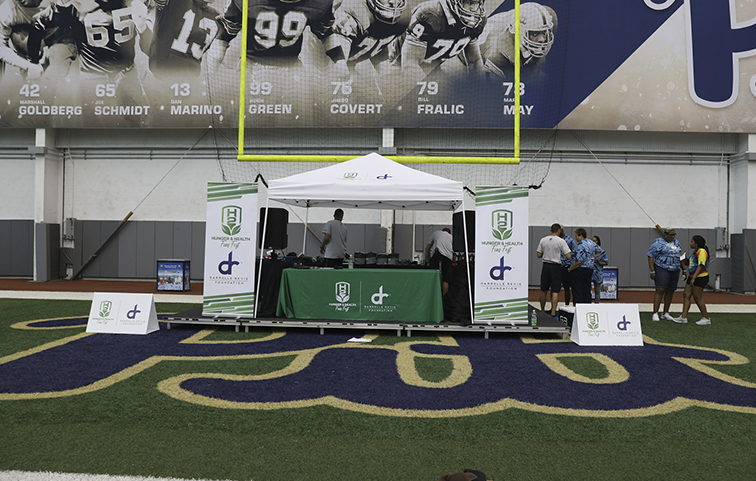 SOUTH SIDE (KDKA) — Former Pitt football standout and 7-time Pro Bowl cornerback Darrelle Revis hosted his Hunger and Health FunFest at the Rooney UPMC Sports Complex on the South Side on Saturday.

It was a project with his own foundation, helping to provide food for struggling families.

Revis talked about his plans for more community involvement after his recent retirement from the NFL, but he also took a moment to reflect on some meaningful moments in his career. 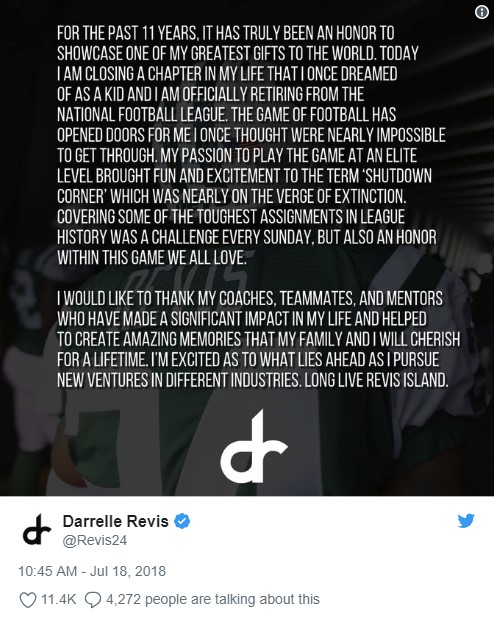 Revis announced on Wednesday that he plans to retire after 11 years.

NEW YORK, July 18, 2018 — Darrelle Revis, 7-time Pro Bowler, NFL Champion, one of the greatest cornerbacks in NFL history, and indisputably one of the most beloved players in the existence of the JETS franchise, has announced his retirement this morning via his social media accounts, reports The Ribbit Group. Early in his career, […]

The Darrelle Revis Foundation is working closely with the school districts we serve in Western and Eastern PA. This collaborative effort during this incredibly challenging time ensures that the students who are most vulnerable in our communities are able to get the food they need. Students will continue to receive Power Paks over the next few months while school is canceled through the amazing efforts of these districts. We appreciate their commitment to this cause. In addition, we are committed to making an impact as we work through this coronavirus epidemic. Please continue to show your support by donating to Darrelle Revis Foundation.